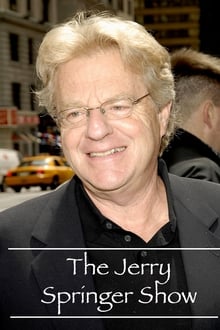 The Jerry Springer Show is a syndicated television tabloid talk show hosted by Jerry Springer, a former politician, broadcast in the United States and other countries. It is videotaped at the Stamford Media Center in Stamford, Connecticut and is distributed by NBC Universal Television Distribution, although it is not currently broadcast on any NBC-owned stations.